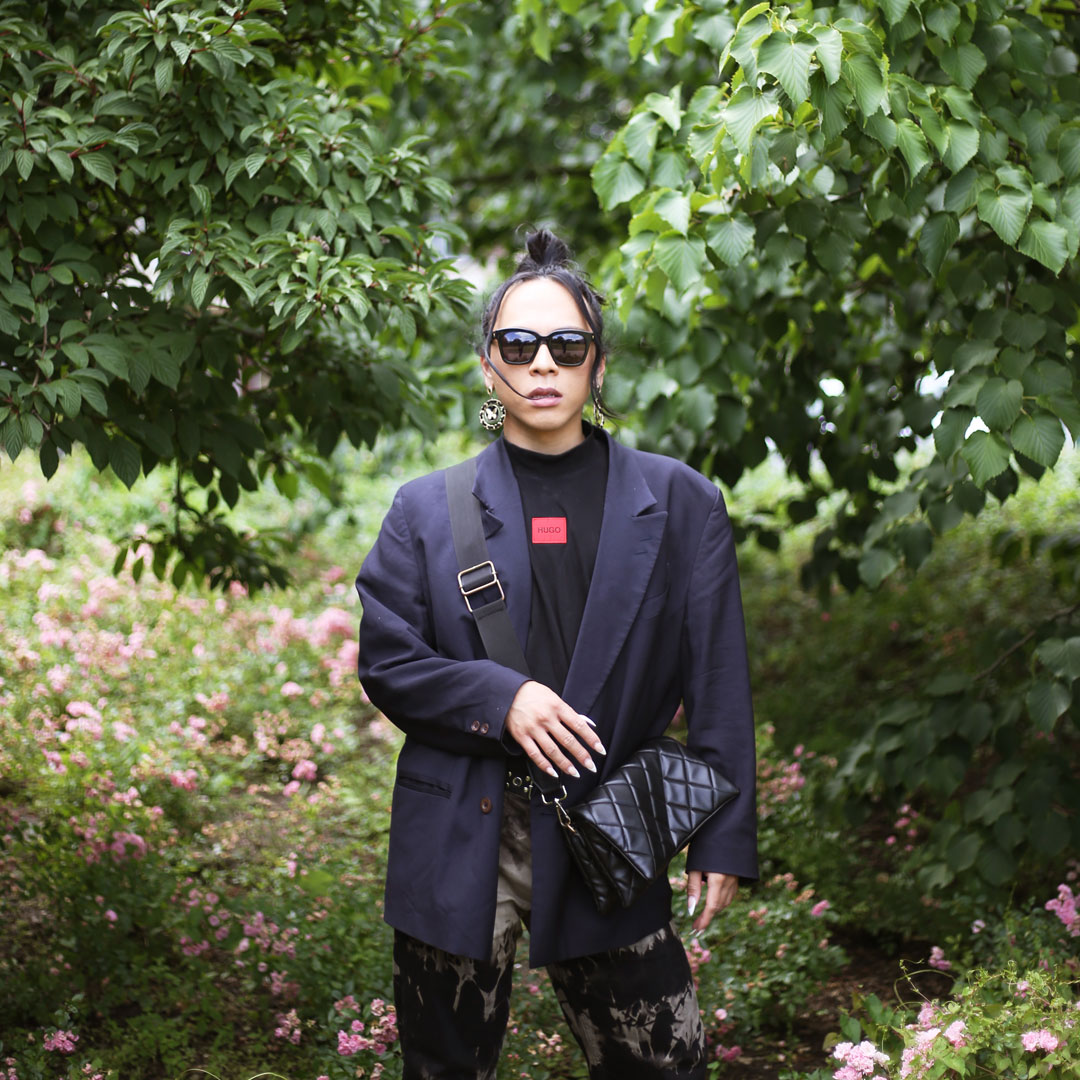 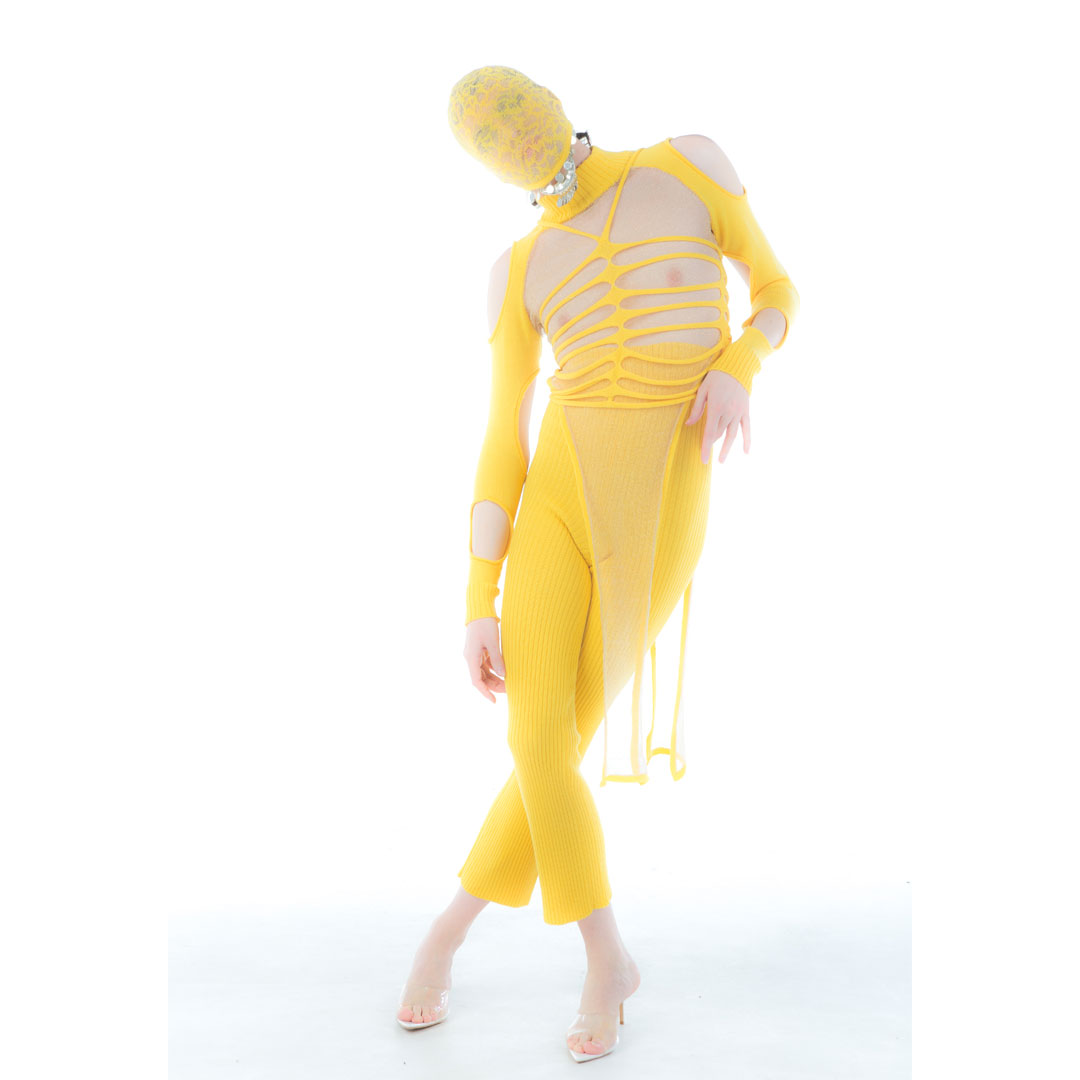 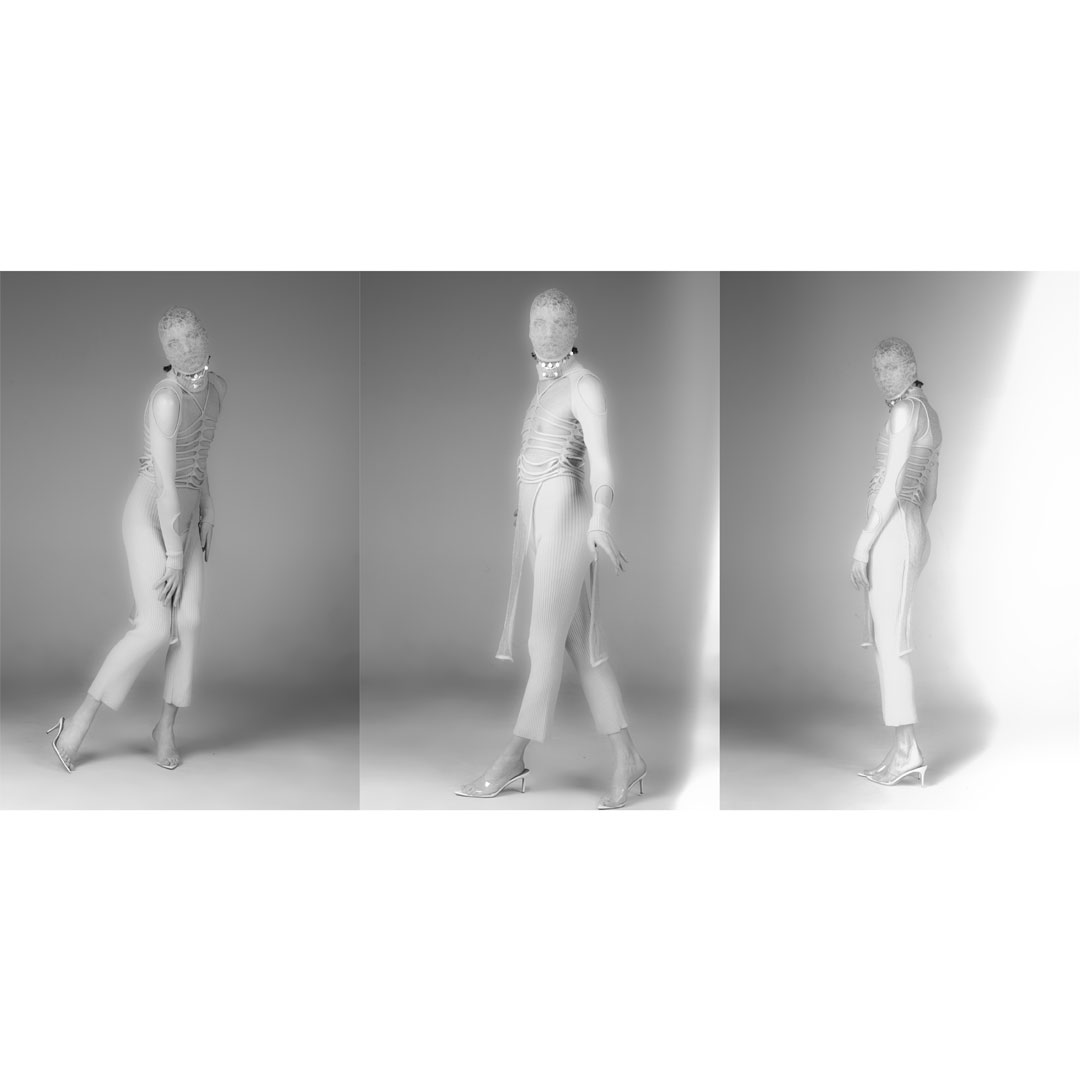 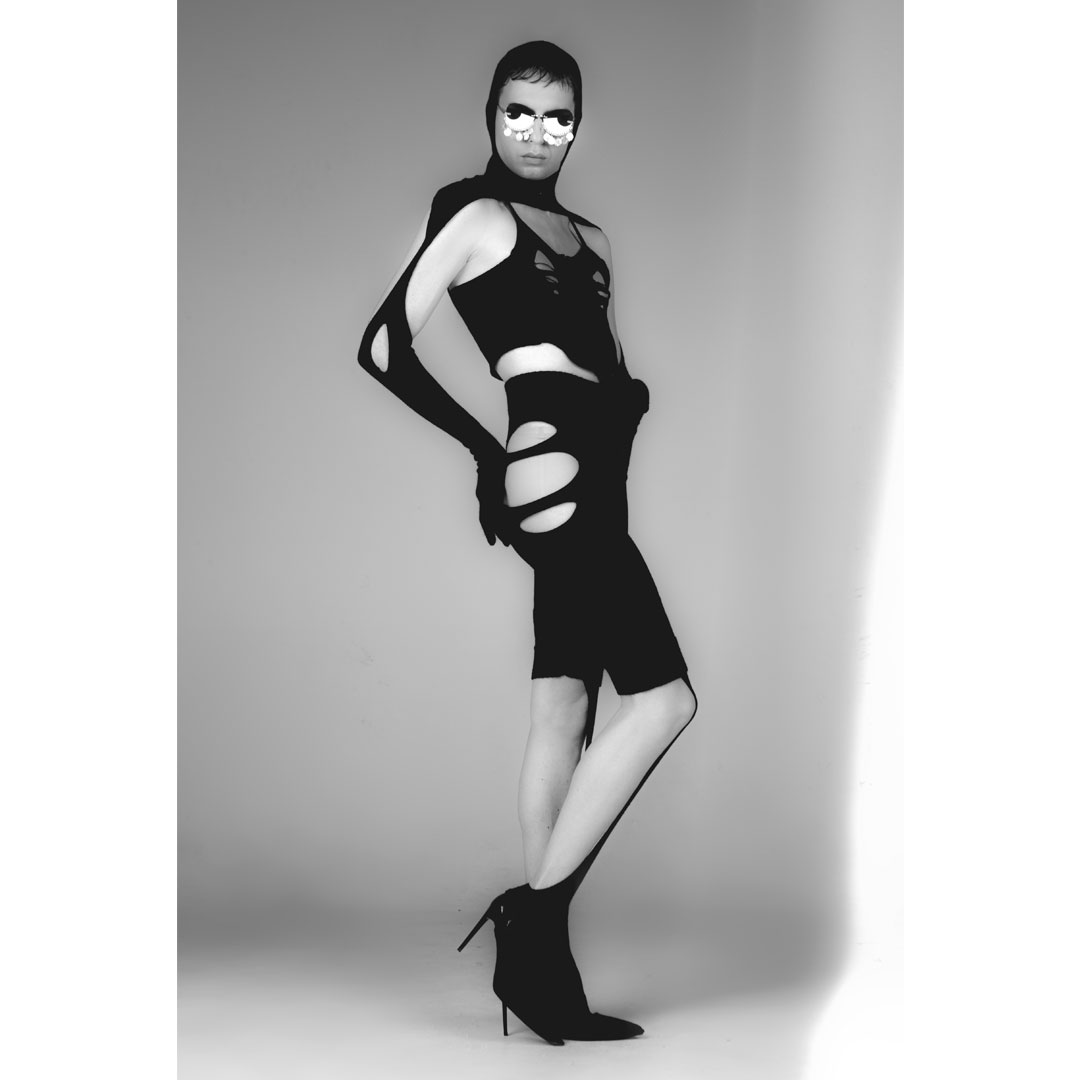 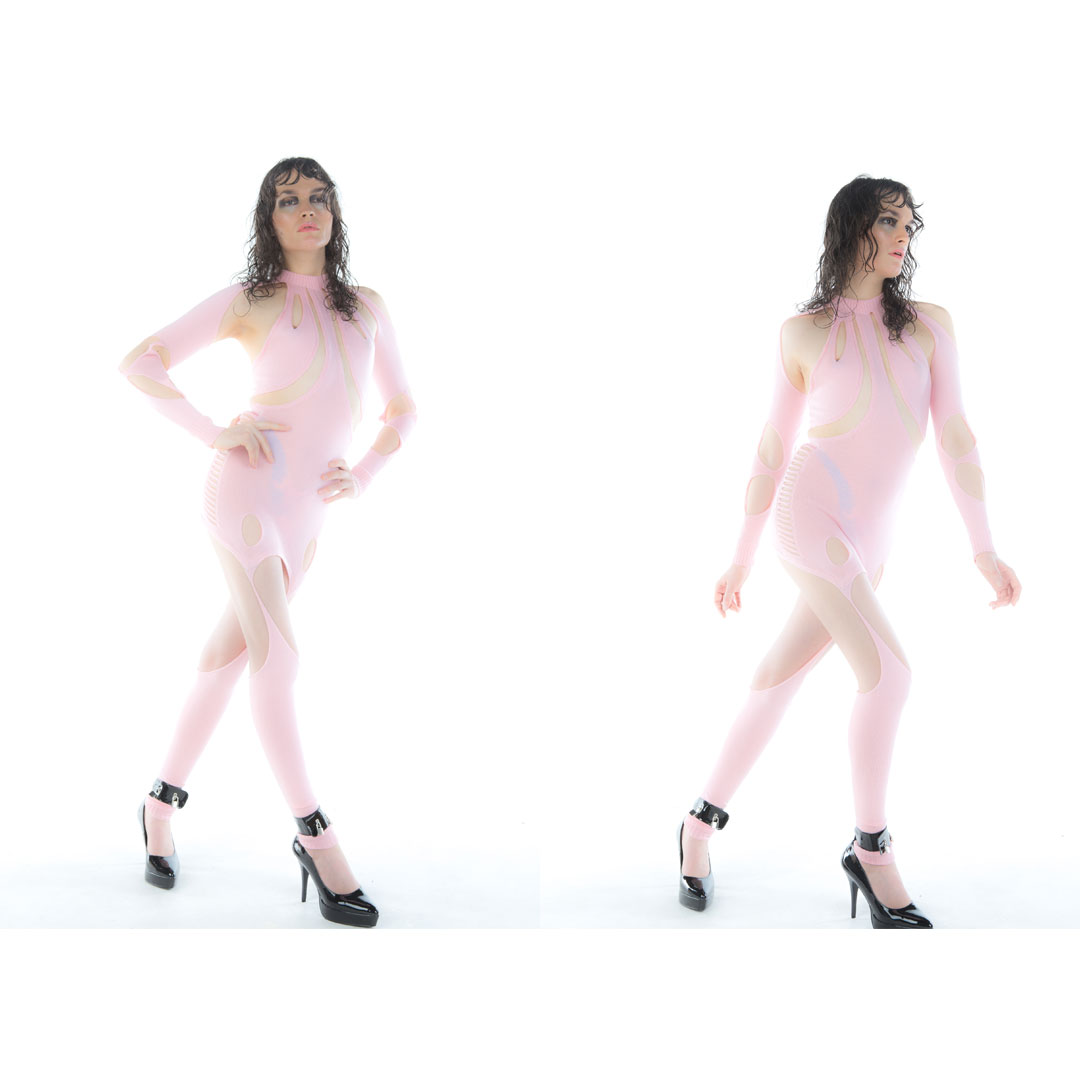 Inspired by the 1985 „Cyborg Manifesto“ by American feminist Donna Haraway. The motivation for this collection is to help people self-define their own bodies in a post-human society. The focus is on transgender people who want to escape the currently existing societal discrimination they often face due to them breaking with traditional gender binary roles.

The result is a fusion and hence consequently a non-gender mix of human and animal, reflected in the pattern and the colors of the pieces, all mingled with machine parts. Using knitting techniques gives the possibility to show how interwoven the parts are and thus creates the cyborg that Haraway predicted. A cocoon is created. One that in itself is of such beauty and uniqueness that it does not hide but already shows the real mind that created the virtual body.

As a member of the Ballroom community, Duong’s vision is greatly influenced by the LGBTQ+ movement, especially transgender and gender non-conforming topic. During her fashion studies in Berlin, she specialized particularly in knitwear, and later in 3D apparel design.„Sexy, playful, and daring“ are 3 words to describe Duong’s works. For her the fun factor plays a big role on her designs, as well as sustainability and innovation.