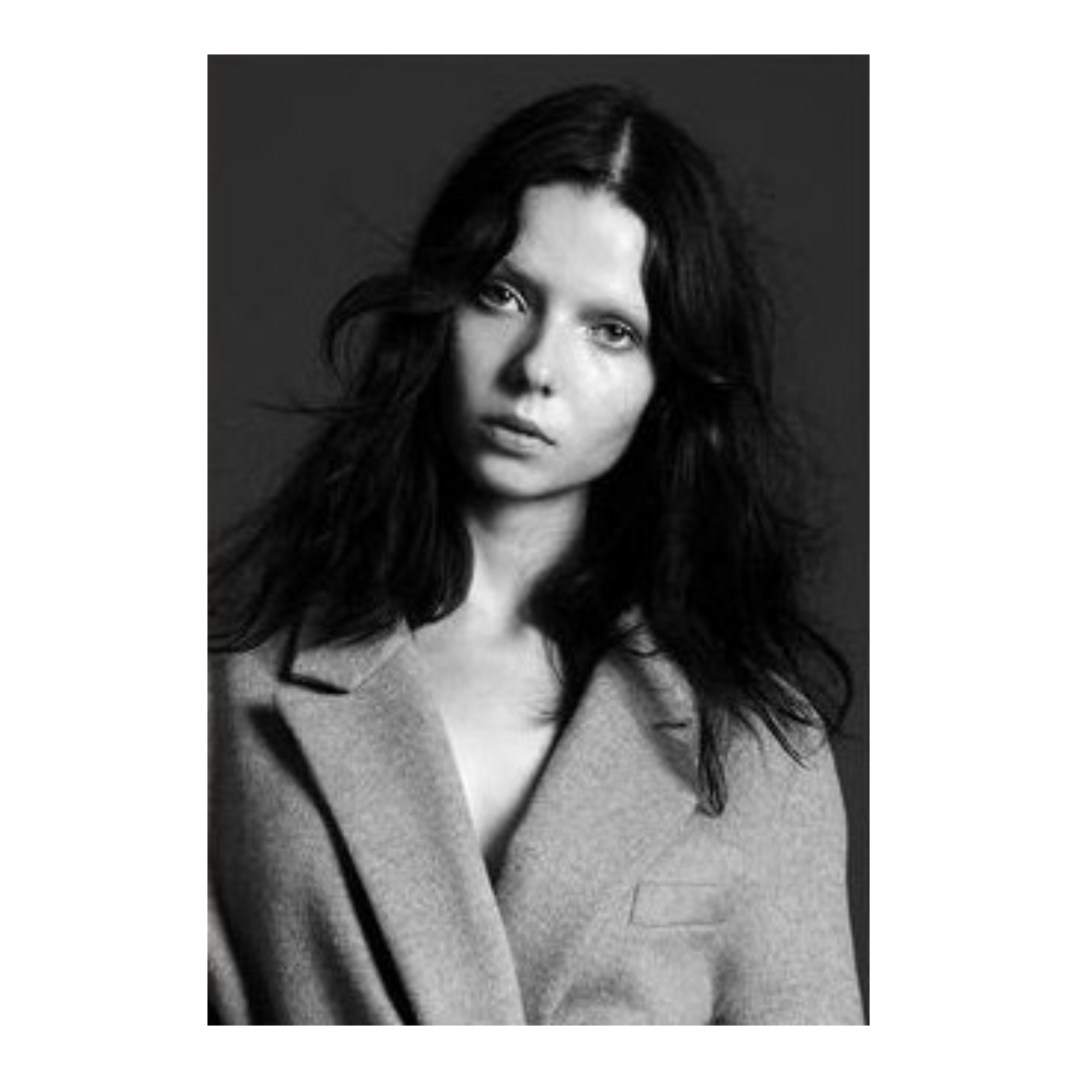 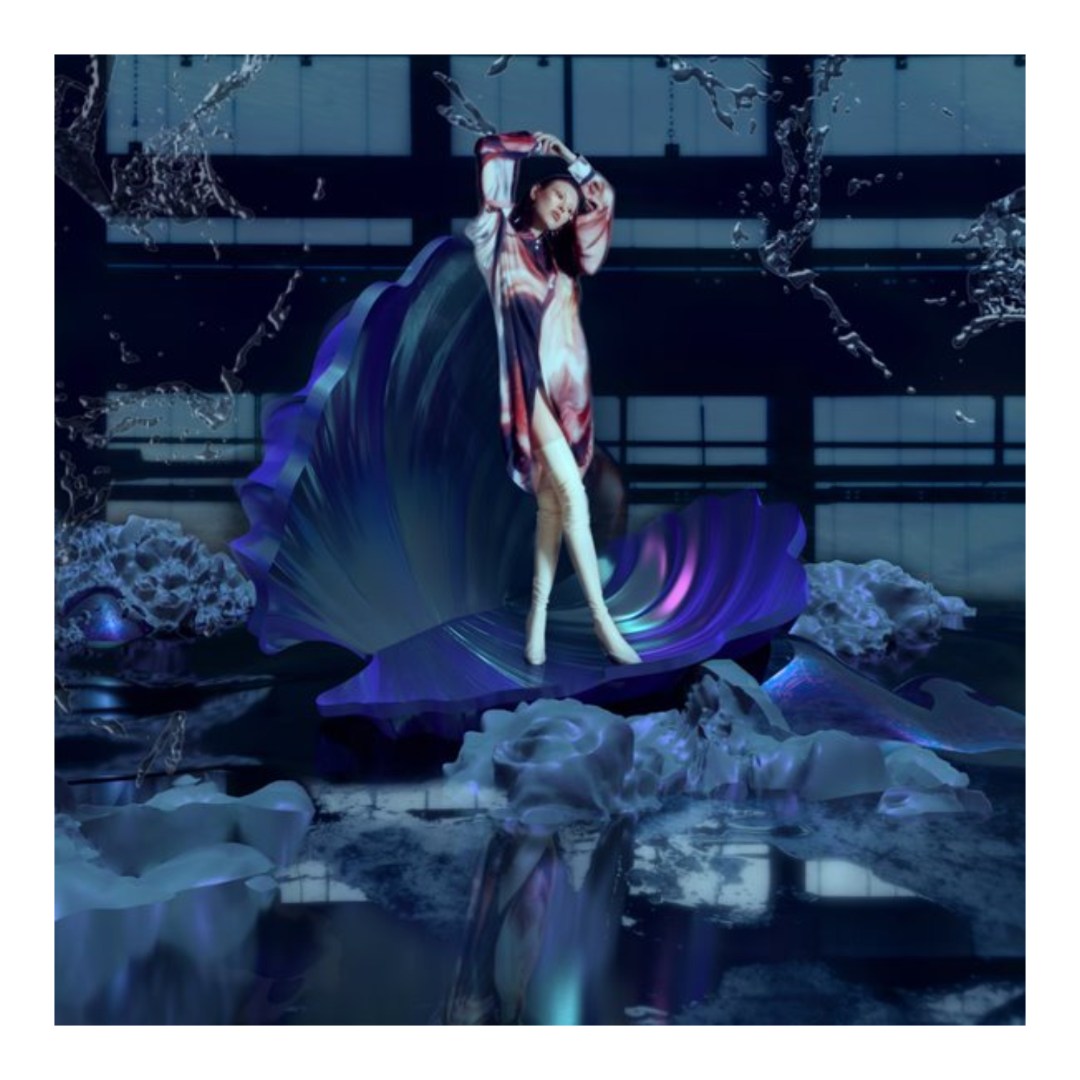 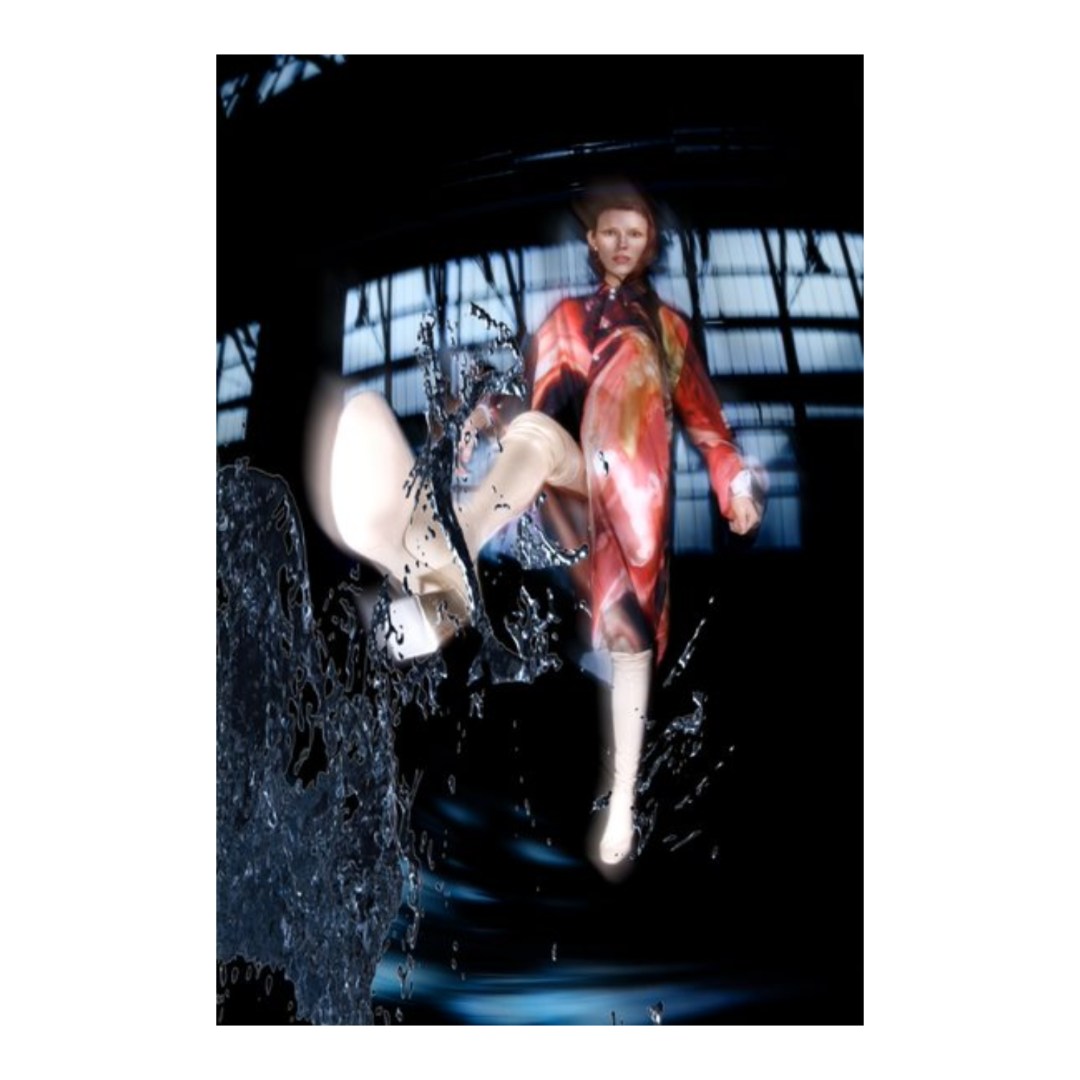 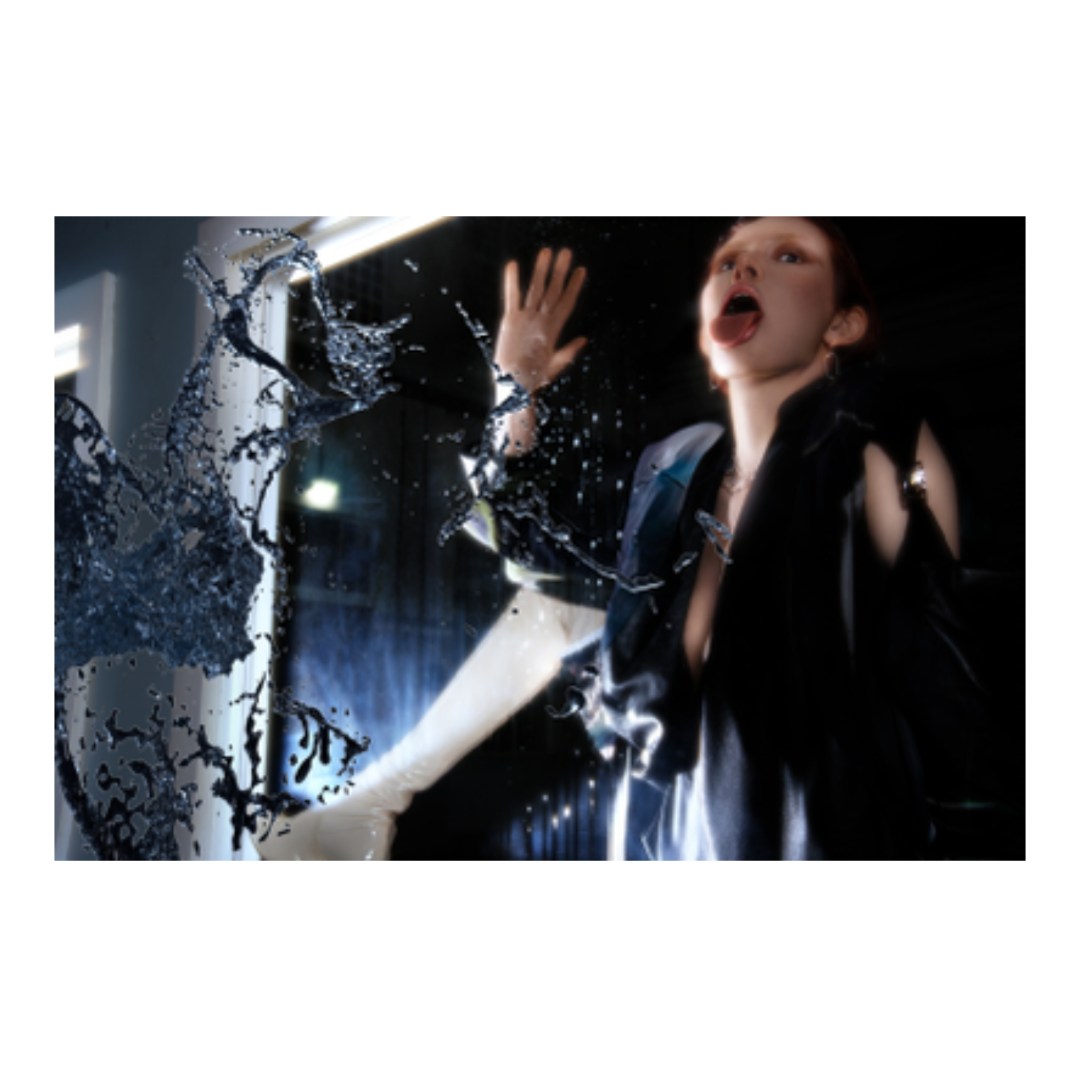 The Drama Of The Venus Bride – AMD Akademie Mode & Design

The Bachelor graduate Collection of Arabella Romen „The Drama Of The Venus Bride“ symbolizes the process of inner conflicts while seeking liberation from social stigmas. Even before mankind was hit by the COVID-19 pandemic, a trend could be observed in which people increasingly escaped into virtual worlds and alienated themselves from reality. The collection will address this silent oppression and the resulting new social movements. To demonstrate the fusion of a fictional reality with the real world, 3D objects were developed and designed to be incorporated into a fabric/textile print. In this way, 2D and 3D images are merged into one design. By the help of an app that was developed for this purpose, it‘s not just the garment as such that is visible on the screen, but it also changes its shape in the scanning process. The idea behind is to make the fusion of reality and fake reality visible and at the same time to show a new way to create sustainable couture in the near future. The app makes it possible to transform a ready-to-wear collection into a digital couture collection in the virtual world. The artwork of the print was intentionally filled with sensual elements, to reinterpret the current situation of the pandemic, the design focus was to make outwear more sensual. An atmosphere of wetness and moisture was to be created, which almost seems to resemble a birth. Also in this artwork, symbols such as the corsage, which in past centuries was considered a sign of selfcastration, are deliberately placed on the shoulders in order to create a new symbolism. Elements such as dildos and steel chains with sexualized flowers should additionally emphasize the independence that is to be communicated to the buyer of the collection. The intention is to break free from social stigmas beyond the collection. The installation at the end tells in the spirit the story of one‘s own conflict, up to the liberation which is represented in the form of a sensitive video game. The goal of this game is to reach Venus which stands for the detachment of conventional rules.